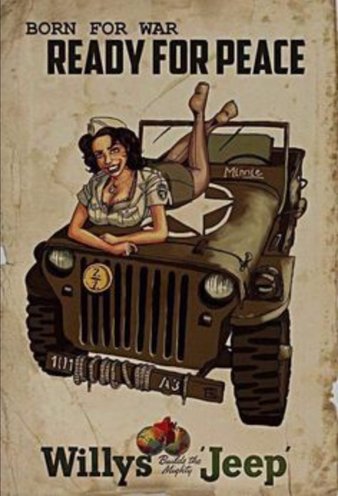 If you find old vehichles from World War Two and the history around them interesting? Then this is the right website for you!

Follow this site as it evolves with new interesting stories and articles. Meet people with passion that keeps the history of World War Two alive... Welcome to my world !

Thank to all visitors  from around the world and for the continous support to this web site.  Also thank  you for ideas, comments, pictures and movie clips. I will try and update as fast as my time allows me. Maintaining this website truly gives me a feeling of being a member of "One Global "Family" - all caught by the same  "GREEN DISEASE".. a passion for ex-army vehicles with a history! WE are all truly "Allied in Passion" for old historical vehicles that have played a role in changing the world history.

2014 was the year of the 70th Anniversary of D-Day Landings in Normandy.  Not only did it bring the Heads of many Allied nations to the western part of France to mark the Anniversary, but also thousands and thousands of re-enactors in their vehicles and vintage aircrafts invading the old battlegrounds to salute and pay respect to not only the veterans that had gone to the, once so bloody soil as their pilgrimage, but also to pay respects to the thousands of civilian and military lives lost during the violent months of 1944.

Parades, exhibitions and re-enactments kept the region busy and, as always, all visitors were greeted and taken care of and appreciated by the locals in the most friendly manner.

2015 was the year of the unconditional surrender of Europe in 1945 and different events were held during the year in all regions. Then came 2019 with many events planned across Normandy. Worth taking another "Tour-de-YouTube" from first row. CLICK HERE

Report from the diggings at

The classic "Black and White" house at Adam Park no 17, burned down during the heavy fighting in February 1942 The digging team, led by Jon Cooper from  Glasgow University hope to find exciting artifacts from the time prior to the surrender and from the following period where the area was converted in to prison camp.

Follow a group of close friends sharing a passion for WW2 history and vehicles planning, preparing and going on their ekspedition to the coasts of Normandy. Driving all the way from Denmark to France meeting and living with other enthusiasts as if it was June 1944.

Meeting with Jon Cooper, Head of the Adam Park project in Singapore. 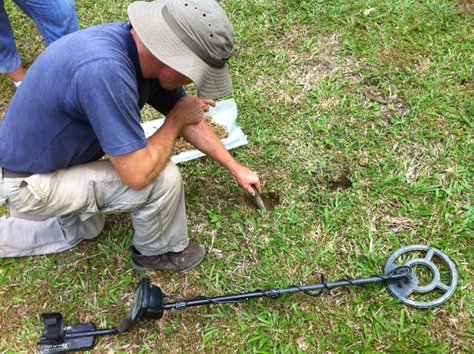 Article from a WW2 Trail visits in Singapore incl Gallery

Photos in the Gallery

Photos in the Gallery

Exciting Photos in the Gallery

Article from Historical visits in Singapore

Findings from the 2012 Adam Park diggings in Singapore

Tigers in the Park

The Wartime Heritage of Adam Park

Adam Park is a very special place. It is a place where the membrane of time is at its thinnest, where you can reach out and touch history. Some say that if you stop to sit and listen you can still hear the echoes of the battle reverberating through the very walls. Some say they hear the ghosts of dead POWs that flit between the evening shadows. But perhaps it is not the presence of lost souls they sense but the resonance of the past locked into the very landscape and buildings that surround them. It is the echo of every bullet, buckle and button entombed beneath this ‘English heaven’.

This book unlocks that past. It prises out those memories from hidden places. It reveals the incredible, untold wartime heritage of the estate and the surrounding area. It is an uncompromising blow-by-blow account of a desperate battle told from the soldier’s perspective. It is a day-by-day account of survival in a POW work camp, and a house-by-house account of life in Singapore before, during and after 1942.

One estate, one year, one incredible wartime story. A snapshot of history as witnessed from the windows and porticos of each and every house on the Adam Park estate.

Tigers in the Park is published by The Literary Centre (Singapore).

Jon Cooper’s interest in all things military started way back at school when he helped run the wargames club. After completing a merchant navy cadetship with P&O he joined the Royal Air Force, ending his short service commission as a Flight Lieutenant.

Jon then settled in Scotland, qualified as a project manager and spent his spare time on the medieval reenactment circuit for Historic Scotland. He wrote his first book, The Heart and the

Rose, based on  the research he had carried out on the battle of Linlithgow Bridge, which was fought in his home town in 1526. In 2008 the opportunity arose to take a MLitt in Battlefield

and Conflict Archaeology at Glasgow University.

He paid his way through the course by writing a second work, Scottish Renaissance Armies, for Osprey Publishing. In 2009, Jon and his family moved to Singapore. This was his third time in the country, having been there as a Merchant Navy officer and then again on his honeymoon. Not wanting to let his new-found knowledge about battlefield archaeology go to waste, Jon took on the challenge of researching the WWII heritage of Adam Park and has spent the last seven years pulling together a fascinating insight into Singapore’s wartime past.

Jon is married to Alison and has two children, Adam and Emily; he lives along Thomson Road overlooking the final Allied stop line along Mount Pleasant.

The printed version of the book in its third print run, will be available in Singapore in a very limited numbers. However the book is also available in digital form from WORLD IMAGE. 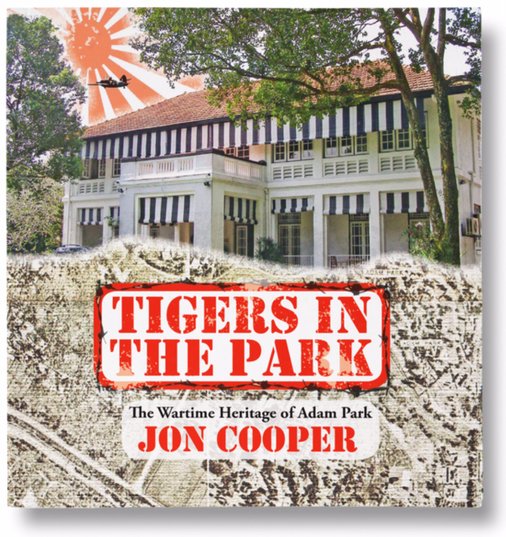 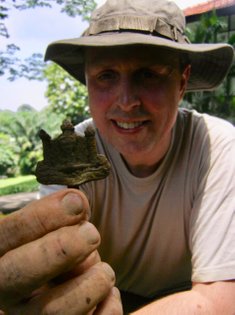 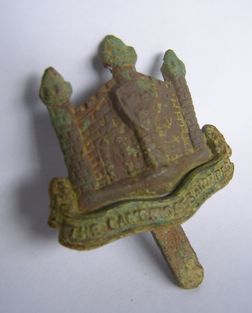 (above left and right ) Just beneath the surface the teams found and mapped various remains from the heavy fighting with the Japanese invaders in February 1942. The smile on my face shows that the entire day of digging and sweating, was worth it. With only 30 minutes left before packing up, this Cambridgeshire Cap Badge surfaced.

My father and I in Normandy during one of our 5 trips to participate in the impressive D-Day events, meeting friends from around the world in their restored WW2 vehicles.

Behind us, our own steady going WW2 vehicles lined up - all driving us safely all the way from Denmark to the coasts of Normandy on their own power.

Jon Cooper - seen here - searching the soil around Adam Park. Surprisingly close to the surface many remains were found from the fightnings in February 1942 and from the time after the surrender, where Adam Park was converted in to a Prison Camp for a period of time. 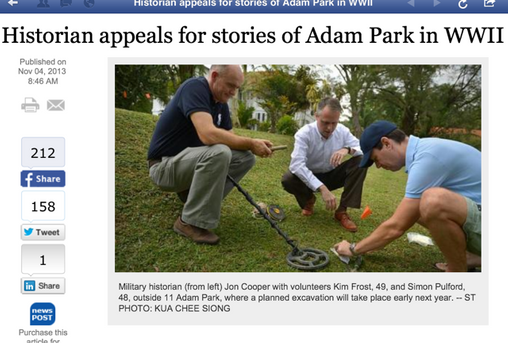 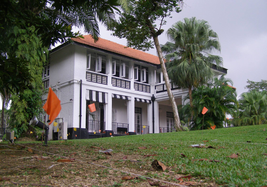 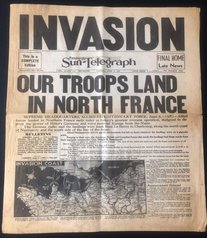 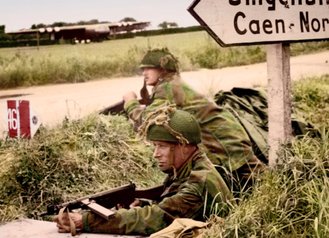 (above ) The Digging Team at the end of the day after a lot of hard work in the tropical heat.

and around Adam Park - Singapore. 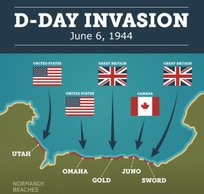 Virtual Museum on the WW2 history and WW2 findings under the "Tigers in the Park" project. Exciting findings from the very muddy soil of Singapore 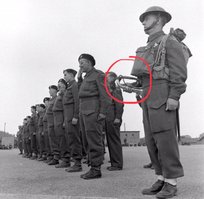 The Story of a

Flea markets around the world often bring exciting historical items out in the public that, if they could speak, surely could tell some remarkable stories.

However sometimes you are in fact so fortunate, that the story behind an item comes with the item, which is exactly what happened to me when I came across this nice Canadian WW2 horn from Ontario Regiment, that had been kept in the family possession together with its interesting story.

Now it was time for it to change ownership and when I told the owner, my intention to publicise its story on my website, I got it at a fair price including the handwritten account from its previous owner. 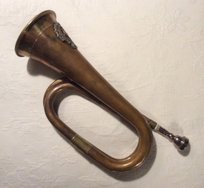 Restoration of WW2 vehicles is an interesting and stressfull cocktail of frequent technical dispair, oily hands, always on the look for spare parts, valuable friendships and memorable experiences.... I would never live without it.