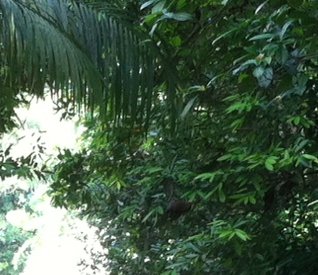 In Search for the World War Two history in the Pacific :

I have made an appointment with the organiser of the Adam Park digging project, Jon Cooper from Glasgow University, presently living in Singapore with his family. My intention is to interview Jon about the project and for him to take me around the historical sites, that stands as it did in the1940s. Furthermore I have decided that the time has come for me to get my hands dirty and I have therefore joined the force of volunteers in the Adam Park project and will hopefully be able to make some interesting findings in my personal search for WW2 in the Pacific.

It's morning and I'm sitting comfortably in my car in the dense and hectic morning traffic. A host of cars, mopeds and motorcycles zig zag towards the Singapore center where a new hectic day has begun while I sit and relax with some soothing and comfortable classic music. My mood is excellent and in many ways things are so different to how it was in February 1942 during the intense fightings with the Japanse Imperial Army. I have an appointment with Jon Cooper, the organizer and leader of the exciting Adams Park excavation project and I obviously look forward  to meet Jon. Via the local medias, the History Channel and the Internet, I have followed his exciting project with excavations in the historic Adams Park, which staged the three-day frantic and desperate fighting in February 1942 just before the surrender to the Japanese. During the 3 hectic days, desperate battles took place back and forth through the hilly and lightly  wooded area where the Japanese encountered unexpectedly strong resistance from the young British soldiers who had barricaded themselves  in and around the cluster of the typical "Black and White "houses in Adams Park. 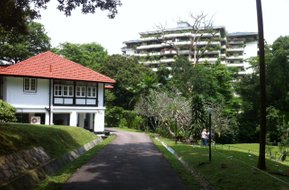 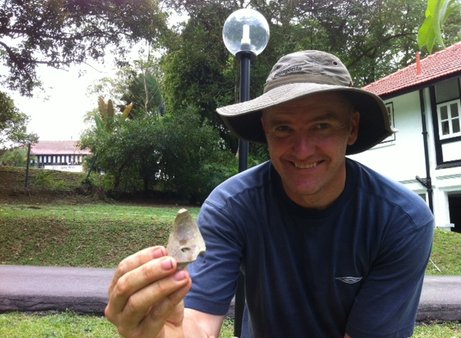 I have approached Jon Cooper, partly, to share my enthusiasm for his project and also to make an interview with him and take some new updated photos for my next article about the subject. He was immediately interested in the idea and when I arrive for our meeting in Adams Park, I am warmly received and he is eagerly ready to show me around the compound. He takes me around the entire area while he passionately recounts the fierce fighting and how things developed in those fateful days in 42. From eyewitness accounts, it appears that it was harsh conditions which often meant close fighting in the surrounding buildings and where the Japanese desperately tried to defeat this  well defended defensive pocket consisting of natural hills, open country  and concrete houses from where they had a reasonable view over the area. The defending units moved from position to position through the many water ditches that connect the entire area, while mortar shells flew in to the defending positions and  heavy fire fell about  the classic "Black and White" houses.

It was a scary experience for the young soldiers who had just arrived in to a new and different tropical world, no doubt that this new and different environment combined with the fact that this was for most of the young soldiers their first war encounter, might have left them with a feeling of being in "Forecourt of Hell". A strong motivating factor was of course that it among the allied forces was widely known how the Japanese treated prisoners of war and looked at soldiers who surrendered with disrespect. So there has undoubtedly been a widespread sense of desperation and will to put in all efforts to keep the Japanese out.

From Jon's explanations, I got a clear feel for how it must have been in February 1942 and it becomes crystal clear that this subject has his major interest and passion.

Jon is a postgraduate conflict archaeologist from Glasgow University and has embarked upon this task with great support and understanding from local residents. The project receives limited support from different government funds and thanks to Jon's talks and presentations in schools around Singapore, Jon keeps the project running from survey to survey. However, this constantly requires an ongoing need for passionate volunteers for the excavations and recordings, so there is certainly a constant need for private enthusiasts. I immediately feel that Jon is an exciting and easygoing person from who I can learn the skills of digging up the past from the Singaporean soil.... so I immediately sign up for future excavations.

We are now back in Adam Park No. 15, which is the goal for today's excavations. 2 volunteers have already started to record the day's discoveries.

Jon demonstrates how to use his detector to register all potential findings in the soil. For each possible finding a small flag is put in to the soil at the spot. The area is then gradually covered with small red flags and work to uncover each registration begins. Every time you find something of significance, it is placed in a small plastic bag and placed next to the flag. Then the area for the excavation is divided into transects or strips,  and registration can begin.

It is important to record where each artefact  is found  so that it can be plotted into the landscape and a picture of the fighting can be drawn. The most common findings are cartridges of various calibres and shell  and mortar fragments. But in addition Jon and his team has also found chunkels  and shovels, remnants of British drinking bottles, leather boots and grenade fragments and brass buckles.. mostly  from the Type 37 Webbing worn by the British and Australian soldiers. 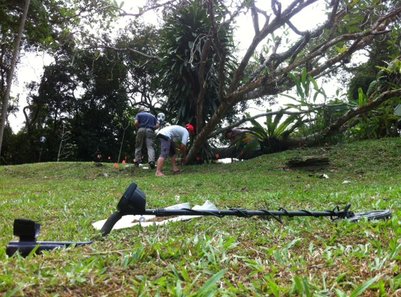 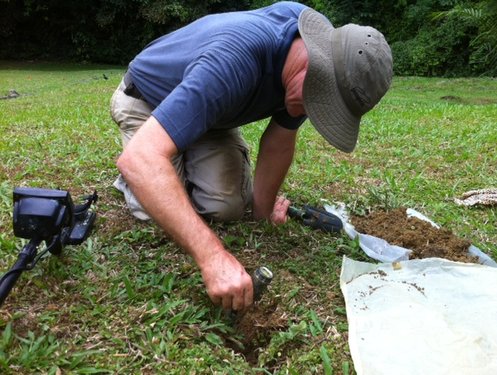 What makes Adam Park so special is that the area today stands exactly as it stood in the 40s.  However  the work is complicated by the fact that we know that Adam Park a few months after the surrender to the Japanese, was converted into a POW camp. A 3,000 British and Australian prisoners of war were sent back to the compound in order to be closer to a construction project which they had been chosen to perform for the Japanese, namely the Japanese memorial for fallen Japanese soldiers, “The Japanese Shrine”  built  on the shores of the MacRitchie reservoir . The entire estate  was  cordoned off and turned into a POW camp, but in many ways was much more convenient than the notorious Changi POW camp at the east end of the island.

to Changi POW camp after their surrender. In this dump the team has previously found gas masks, water bottles, helmets etc. and we know that there have been other similar sites  where debris was thrown during the cleanup of the buildings by the POW to return 2 months later.

these dumps can be located in the area. He is already in discussion with the tenants / owners of the related properties as the excavation sure will go slightly deeper than just a few centimetres. These excavations are scheduled for early 2013 after the monsoon is over. 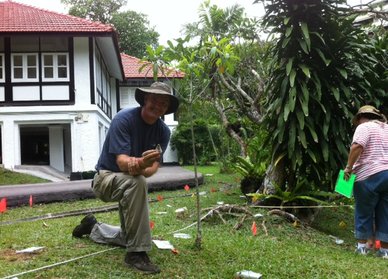 After I have taken some photos of the excavation work I have now been asked to collect the day's earlier findings. All the findings from previous this day have now been recorded and today's findings represent cartridges from small arms, probably of Japanese origin as well as grenade and mortar debris, and even a small model soldier in metal, depicting a WW1 British soldier  in the typical uniform of that period. This could be from both before and after the Japanese occupation – hard to tell. 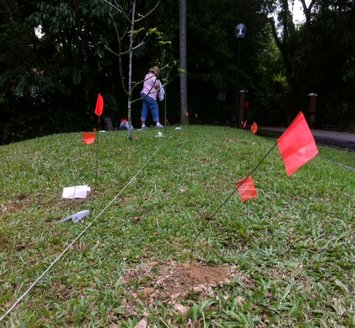 Since it is time for the annual  monsoon it does not come as a surprise to us when the sky suddenly turns black and it begins to thunder in the distance.  When the rain begins to pour down, we take a break and find shelter while we eat our lunch. We are eagerly  talking about today's findings and about the project in general.

After a few hours the rain stops and we decide to make just a few minor excavations before it is too late in the day. 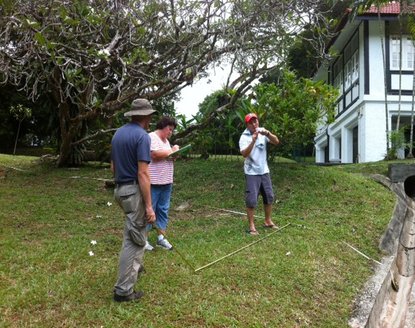 One of the other volunteers and myself start to dig at one of the locations where there has been a powerful signal noted on the metal detector.  Approximately 10 cm below  the surface we hit a metal plate. "An ammunition box" I suggest… we continue to dig while the hole gets bigger and bigger. Jon is looking at us with anxiety as the agreement with the house's residents is that we only dig small holes which are covered right away when the findings are safe in a plastic bag. But this is simply too exciting, so we continue to dig. 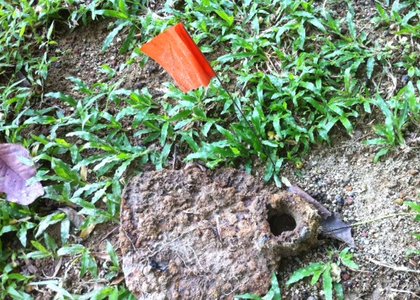 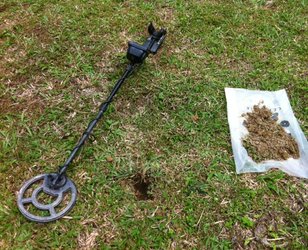 We agree that this is quite interesting as it might be a sort of box filled with items that someone back in 1942 maybe wanted to dig up later. Fantasy and imagination push us forward to dig harder and harder with hands, shovels and whatever is available. Jon continues to look at us with sceptical eyes. His experience tells him that this has no military significance, but we refuse to see the reality in our eyes and continue to dig. When the hole has gradually reached a significant size and the plate clearly cannot be from an ammunition box and it certainly suggests that it is probably nothing more than some debris that is buried from some construction work on the site, we decide to finally fill the hole after we have taken some photos.

Jon, believes that it probably is some construction waste, and he shares some historical facts about Adams Park 15, which in fact was destroyed by an aerial bomb on the first day of the Japanese attack. Today it is only the lower foundation and construction that is the original and this is also where you can see the typical marks from bullets that have hit the house during the fightings. 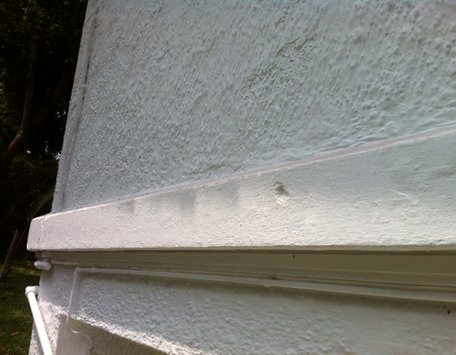 A very good day is over and my wife clearly note the big smile on my face when I am back home pretty hungry after a days of physical work.

If you want to read more or see some images of some of the previous findings, that have been on display in Singapore,

The day has now almost gone and we decide to finish for the day. Drenched in sweat and messed in light brown wet tropical soil we nicely say goodbye ... what a fantastic day.

I was now one of the new team members and am looking forward already to the next excavation. It became clear to me that it has been almost 2 years ago I did proper garden work back home in Denmark and the following 3 days becomes painful as I can hardly move my legs due to stiffness and the back is also painful. But I am a very happy man, now that I had finally found a way to actively bring the Asian Pacific WW2 history to the earth's surface. 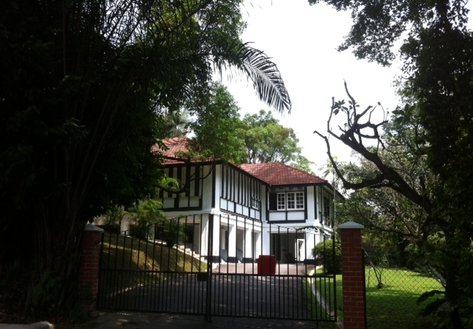 Furthermore you can find exciting updates from the Adam Park Project Facebooksite where you can even assist the team on identifying some of the findings that often are small nitty gritty parts from the British and Australian soldiers equipment.