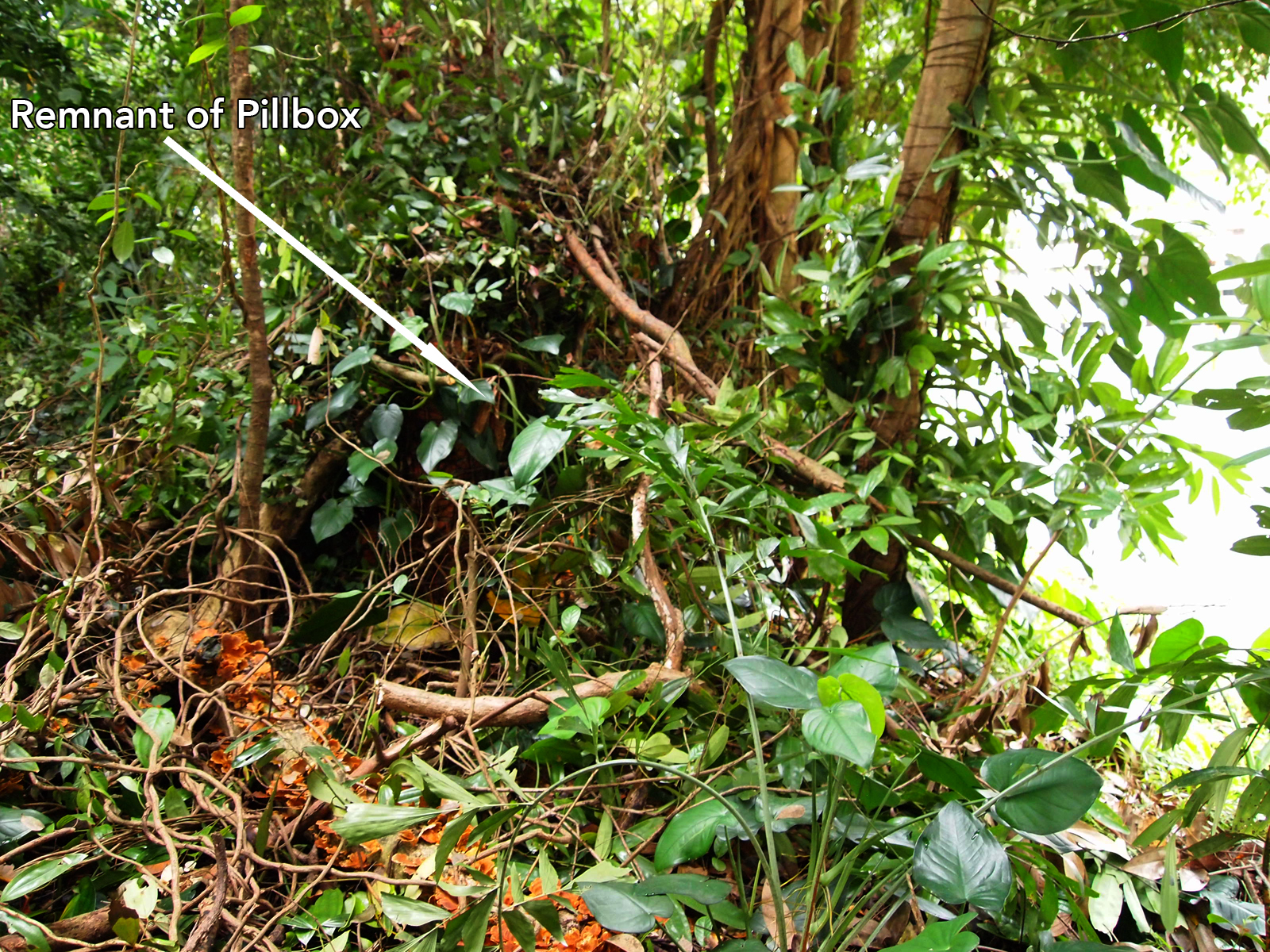 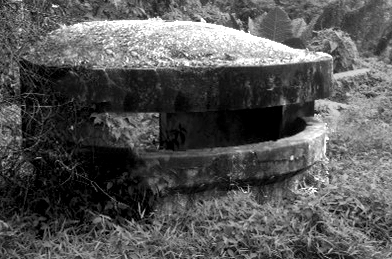 Above Left: This would be how the machine gun pillbox looked like during its time. This picture is of the one at Sime Road.
Right: The crumbling pillbox today completely ensnarled by overgrowth but you can still see the basic structure.
I was definitely not about to pull up the roots and branches and risk facing black cobras an scorpions!
Below: Beside the pillbox were deep trenches that were dug into the ground and led back into forested area.
These are not the trenches mentioned in Bro George's letter. Those were further up the hillock. 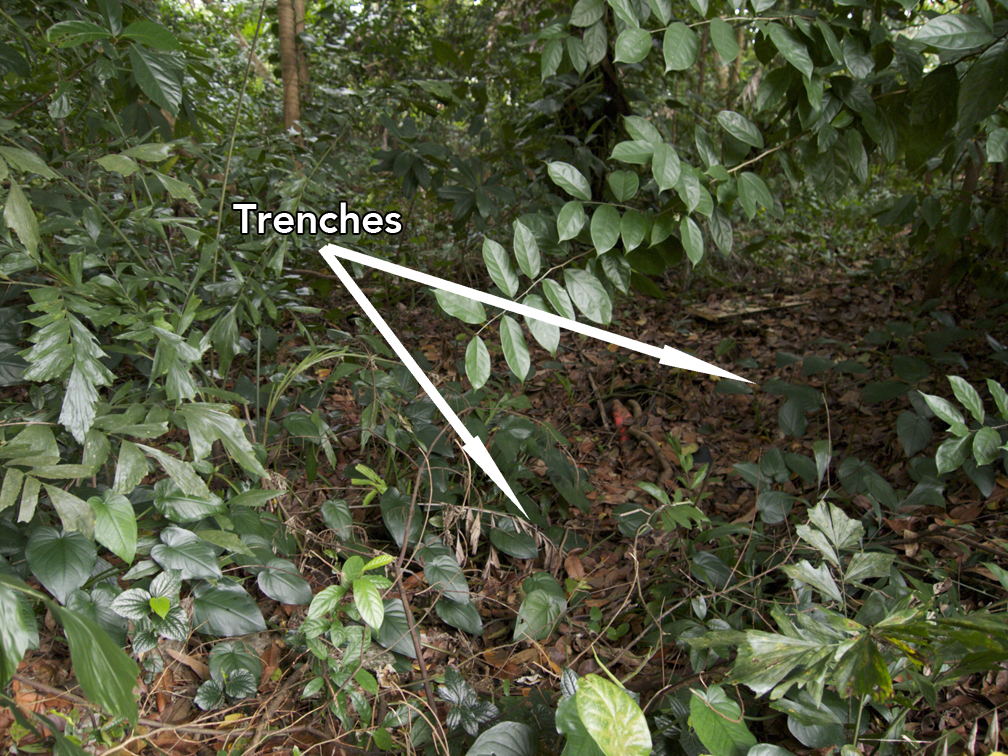 The field of fire that the machine gun would cover would be across the farmlands that was in Jurong at the time. Today, HDB blocks occupy those former farm lands

The view today from the same spot across the plains. Jurong Road ran just below the green edge.

A big thanks to James Tann who has allowed us to bring his article on this website.